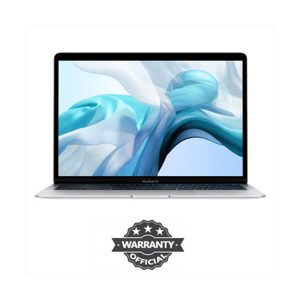 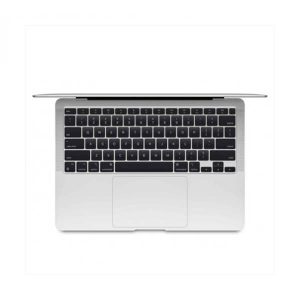 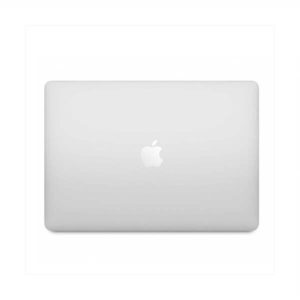 Apple’s thinnest, lightest notebook, completely transformed by the Apple M1 chip. CPU speeds up to 3.5x faster. GPU speeds up to 5x faster. Our most advanced Neural Engine for up to 9x faster machine learning. The longest battery life ever in a MacBook Air. And a silent, fanless design. With that kind of processing speed, MacBook Air can take on new extraordinarily intensive tasks like professional-quality editing and action-packed gaming. But the 8‑core CPU on M1 isn‘t just up to 3.5x faster than the previous generation2 — it balances high-performance cores with efficiency cores that can still crush everyday jobs while using just a tenth of the power. Up to 7-core GPUThe GPU in M1 puts MacBook Air in a class of its own. M1 features the world‘s fastest integrated graphics in a personal computer.8 That’s up to 5x faster graphics performance compared with the previous generation.

Incredible graphics performance MacBook Air can take on more graphics-intensive projects than ever. For the first time, content creators can edit and seamlessly playback multiple streams of full‑quality 4K video without dropping a frame.

Apps on MacBook Air can use machine learning (ML) to automatically retouch photos like a pro, make smart tools such as magic wands and audio filters more accurate at auto‑detection, and so much more. That’s not just brainpower — that’s the power of a full stack of ML technologies.

Developed to unlock the potential of the M1 chip, macOS Big Sur transforms Mac with major performance benefits and so much more. Powerful updates for apps. A beautiful new design. Industry-leading privacy features and best‑in‑class security. It‘s our most powerful software ever — running on our most advanced hardware yet.

There are no reviews yet.